Mustard Seed Missions is an organization that partners with the Human Services department of Venango County in order to help those who might otherwise fall through the cracks.  MSM is supported by dozens of churches of all denominations throughout the county.  This award was given to MSM by the Human Services department, the acceptance speech is given by Pastor Randy Powell of First Baptist Church of Franklin, one of the supporting churches.  Those up front to accept the award are members of the committee that runs MSM, all of whose tireless efforts make this work possible...You can learn more about Mustard Seed Missions by visiting our website: mustardseedmissionsofvc.org

To watch the awards video, click on the link below:
Award video 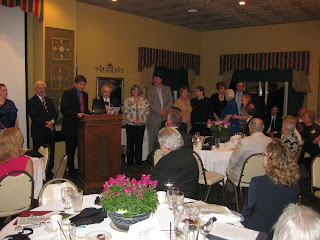 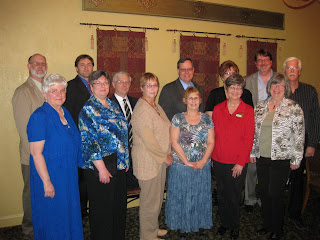 Posted by Pastor Randy Powell at 4:32 PM No comments:

Communication from the Kiryakov's, Missionaries in Bulgaria

I get a lot of phone calls, you never know who will be on the line or what they'll be calling about, but today's call was certainly unexpected.  Pastor Radoslav Kiryakov called today from Bulgaria to let us know how things are going for he and his wife Boyka.  Radoslav expressed much thanks to First Baptist for our support of his ministry, we are the only church that they have for support, and also for the cards and letters that have been sent to encourage them (thanks to Donna, Missions Rep. on the Board).  Boyka is doing somewhat better with her health needs, she still needs to go to Sophia later this year for an MRI to continue treatment and is taking regular medication.
The work in their small church continues, they have about 20 to 30 people, mostly older, but Radoslav was happy to report that a new family has been coming to church since Christmas that has two small children.  In Bulgaria evangelicals are looked at with some suspicion as it is assumed that they represent "the West" (America in particular) and may be some sort of Western cultural plot.  The atmosphere in Bulgaria is one of Orthodox that has been trying to recover from the extremely difficult years of persecution under Communist rule where Atheism was the only safe choice.  Pray for the Church in Eastern Europe; Orthodox, Catholic, and Protestant, as they try to teach a new generation about God's love for them.

Posted by Pastor Randy Powell at 12:37 PM No comments: